“Mossdale Crossing” is our 32nd mural, located on the wall of the Spin Cycle in the 100 block of East Yosemite Ave. The latest mural depicts the historic railroadFINAL link of the 1800 mile Transcontinental Railroad at the San Joaquin River on Sept. 8, 1869. The mural was a Mural-in-weekend project during the Manteca Centennial 2019 Celebration, bringing together community members to paint and assist with the completion of the mural under the direction of muralist, Dave Gordon. The Golden spike celebration taking place at Promontory, Utah on May 10, 1869 was not the true completion of the transcontinental railroad. That only connected the east to Sacramento. The work on the bridge crossing the San Joaquin River at the small settlement of Mossdale had not been completed until Sept. 8, 1969.

END_OF_DOCUMENT_TOKEN_TO_BE_REPLACED

Link to KCRA : https://www.kcra.com/article/manteca-train-mural-celebrates-city-s-history/23768909  Click below to see the Photo Gallery of the Event. For Time lapse Video click here

END_OF_DOCUMENT_TOKEN_TO_BE_REPLACED

PAINT YOUR WAY INTO MANTECA HISTORY! Mural – in – a – Weekend 2018 Saturday, October 6th & Sunday, October 7th, East-facing wall of Spin Cycle Laundry (faces parking lot) Located at 161 East Yosemite Avenue In celebration of Manteca’s Centennial our theme is; “Completion of the Transcontinental Railroad” The true “final spike” in the Transcontinental Railroad was right here at Mossdale Crossing on September 8, 1869. You’ll have the opportunity to work with Master Artist Dave Gordon who painted our first mural “Crossroads” and has acted as designer and coordinator of our Mural-in-a-Weekend Projects. Please join us and help us create this Historic Mural. Click here to know more about Mossdale Bridge Mural. Mural in a Weekend Signup Interested people can check our website at www.MantecaMurals.org for an on-line sign up form or on Facebook go to Manteca Murals or call Gayl Wilson at (209) 483-8187. If you would like to donate to this project to help with our funding, press here Donate Now .

END_OF_DOCUMENT_TOKEN_TO_BE_REPLACED

This is a high speed time lapse of the dedication ceremony of “Welcome Home Warriors,” a public art mural honoring Vietnam War Veterans and the fallen, and is an original work commissioned and owned by the Manteca Mural Society. Designed, painted, and filmed by Larger Than Life Murals, Artists: Echo Westover and Linda Shrader. The 16′ by 20′ mural was unveiled and dedicated to a crowd of 500+ attendees, on the corner of W Yosemite Ave and S Main St, Manteca

END_OF_DOCUMENT_TOKEN_TO_BE_REPLACED

Artists Echo Westover and Linda Shrader answered an international call-for-artists, and were awarded the commission to paint a mural honoring the veterans and the fallen of the Vietnam War. “Welcome Home Warriors” was titled by Ron G. Cruz, Army, Vietnam Combat Veteran, and is an original work commissioned and owned by the Manteca Mural Society, Manteca, CA. Visit http://largerthanlifemurals.com/welcome-home-warriors/  for more detailed report!

END_OF_DOCUMENT_TOKEN_TO_BE_REPLACED

This video is just over 5 minutes of highlights from the 1.5 hour Welcome Home Warriors Mural dedication ceremony. 500+ attended including many Vietnam Vets and honored guests. The 16′ x 20′ mural was designed and painted by Echo Westover and Linda Shrader, in the artist’s Yucca Valley studio, and installed on site in Manteca. See our Vietnam Mural Installation High Speed Time Lapse video or the Mural Installation Slideshow for more! We were truly honored to be a part of this amazing mural project. Thank you to everyone who helped make this happen. Welcome Home Warriors Mural is an original work commissioned and owned by the Manteca Mural Society, Manteca, CA. All reference images were either verified to be in the public domain, used with explicit permission, or were appropriately licensed.

In October we will be painting our seventh community mural. These are murals designed by professional artists and painted by the people in our community. This will be a mural in a weekend – painted Saturday and Sunday during the Pumpkin Fair. When you look at the wall each hour you will see it bloom with color and definition! In looking for themes for our murals, many times our history gives us vivid images to put on our walls. One of the little known facts in our country is that the true final connection of the Transcontinental Railroad was not at Promontory, Utah but right here in our back yard at the Mossdale Crossing. The Transcontinental Railroad had been talked about for thirty years before it was actually started. Most of the original plans were a connection from the Missouri River to Oregon. Later plans found the southern route through Texas, New Mexico and Arizona to Southern California. It was cheaper and easier than going through the Sierra Mountains. But, as the Southern Congressmen and Senators left to form the Confederate States of America that meant that the only legislators voting on the bills for the railroad were the Northerners. They did not want to put this key national link in the South. So the “Central Route” was chosen from Omaha to San Francisco. This country was in the midst of a civil war when the work on the Transcontinental Railway was begun in 1862. It was a tremendous undertaking. There were no heavy machines to do the work. All of the work across the deserts and through the mountains was done by hand, with only the help of wheelbarrows and horse or mule wagons. They did not even have the technology of dynamite but used black powder packed into hand drilled holes in the stones to blast their way through. Finding labor was difficult since there was a civil war in progress. At that time many Chinese were escaping from terror and poverty in their country. They made a perfect work force for the railroad. Even though they were small, they were very capable workers. All workers were originally paid $30 per month and given food and lodging. But the Chinese said give us $31 per month and we will take care of our own food because we don’t like your food. There were also Irish immigrants and blacks escaping the aftermath of the civil War as well as soldiers for the north and the south after the end of the Civil War. The iron rails, railcars and engines had to be shipped around South America to the port in San Francisco then loaded onto ships to Sacramento which took months. The equipment, hundreds of barrels of black powder each month, nitroglycerin, food, supplies all were part of the logistical web that needed to be untangled. Incredibly the 1800 miles of track were completed in six years with the Golden spike celebration taking place at Promontory Summit on May 10, 1869. But that was not the true completion of the transcontinental railroad. That only connected the east to Sacramento. The work on the bridge crossing the San Joaquin River at the small settlement of Mossdale had not been completed. Mossdale was the only safe crossing along this area of the river when in 1848 a ferry was built and operated by John Doak. After changing ownership a couple of times, the ferry was sold to William Moss in 1856. Mr. Moss went on the establish the San Francisco Examiner which he later sold to George Hearst. Until the bridge was completed, the passengers and freight stopped at the San Joaquin River and were ferried across to reboard a train on the other side and proceed to the San Francisco Bay. Then on September 8, 1869 the bridge was completed as was the Transcontinental Railroad. The country and all of the territories in between California and the East was now connected. The three month trip around Cape Horn in South America was now a one week trip overland!

END_OF_DOCUMENT_TOKEN_TO_BE_REPLACED 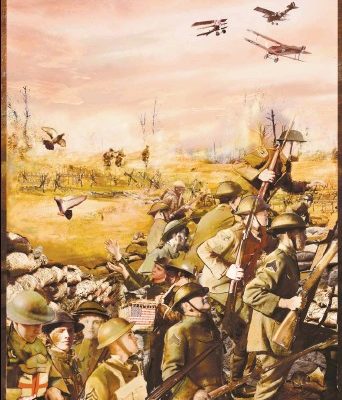