“Bounty in a Basket” is a bold design with the golden sun and crystalline water embracing the fields of our valley and culminating in a myriad of harvested delights. This mural was submitted by Brian Romagnoli from Ontario, Canada. Brian studied in Canada and Italy and has brought his skills to bear in many arenas, from mural art to historical preservation, from public speaking to writing. He was truly a charming person to work with and the public and press kept him so busy in discourse that he had a difficult time completing his mural! 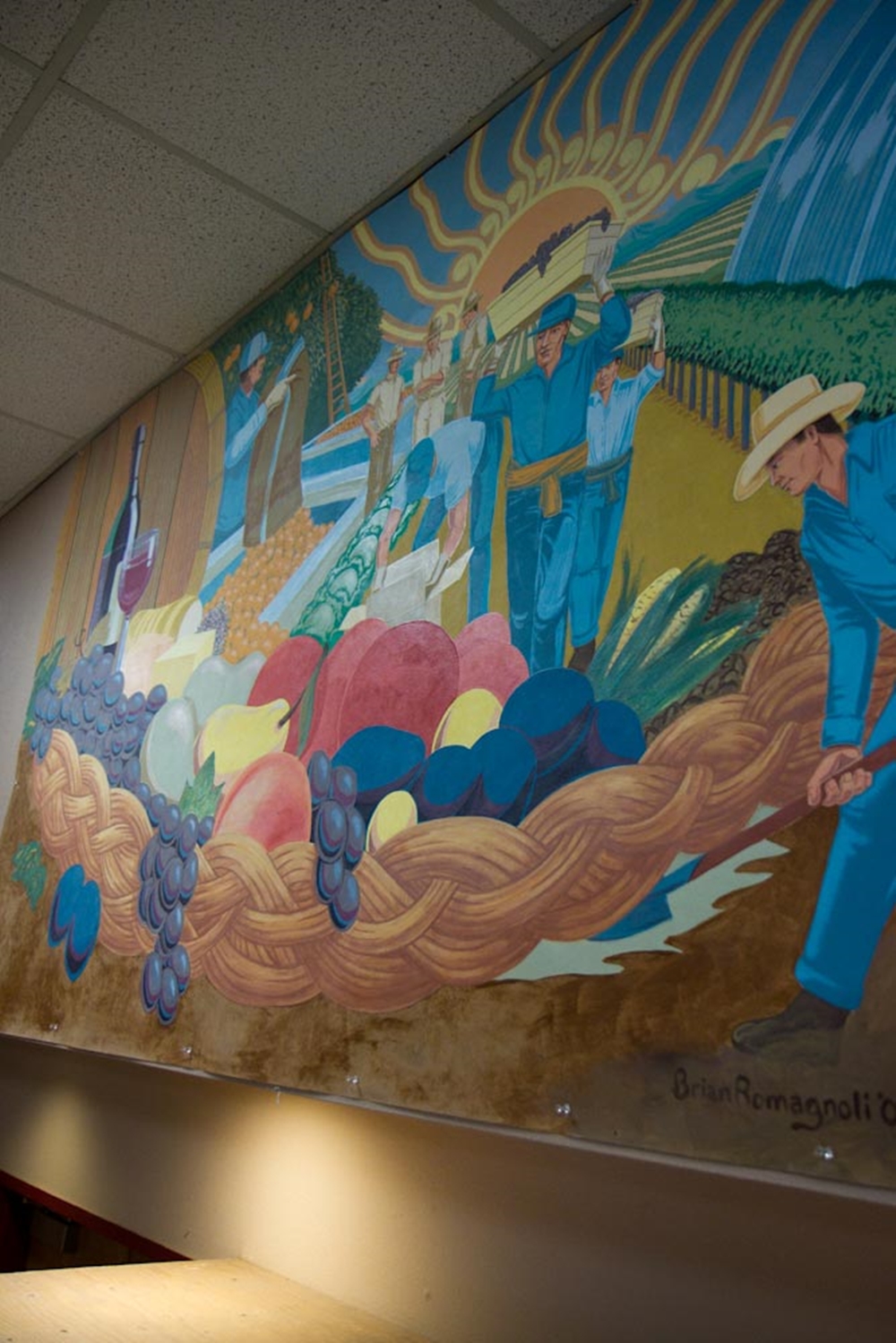 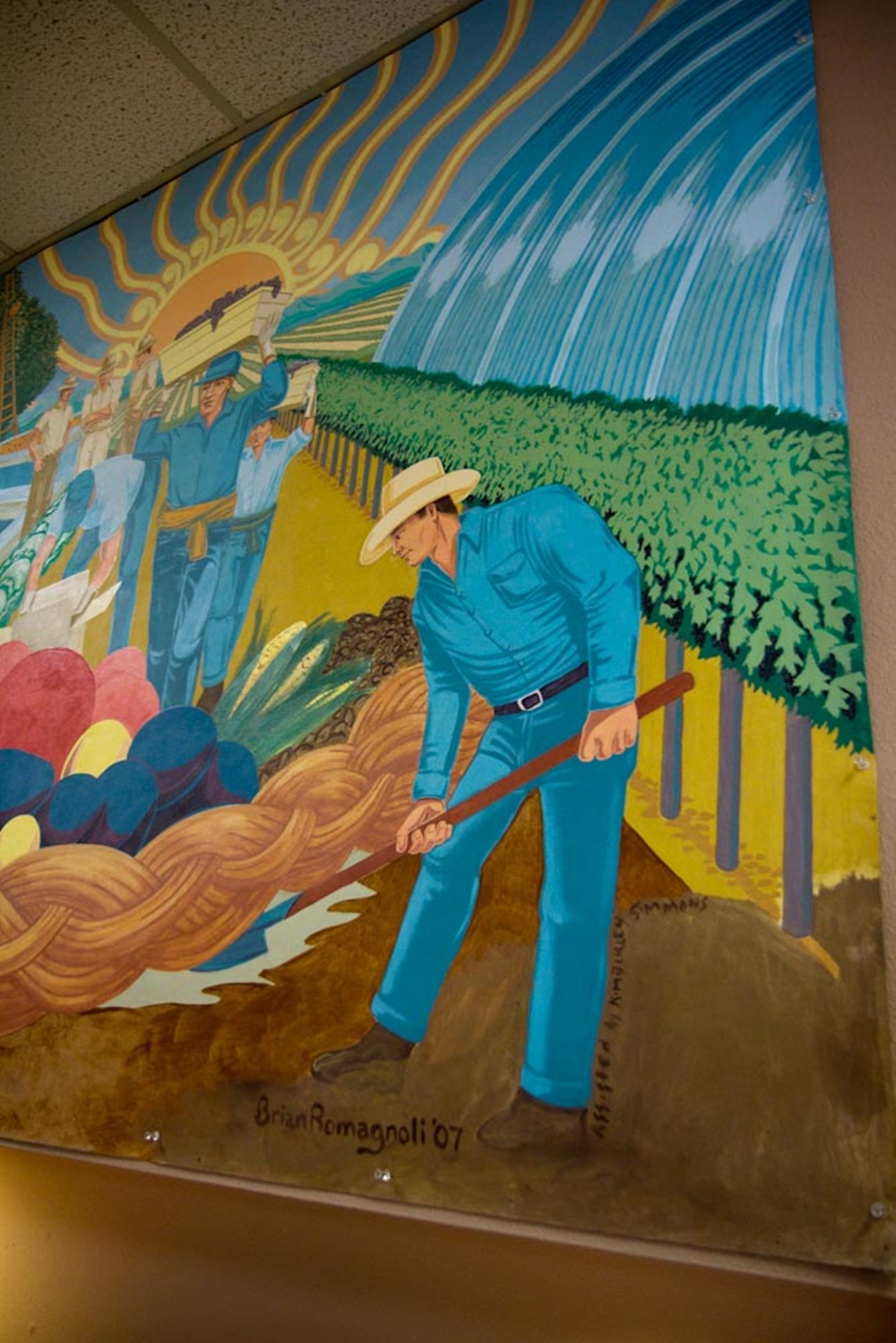 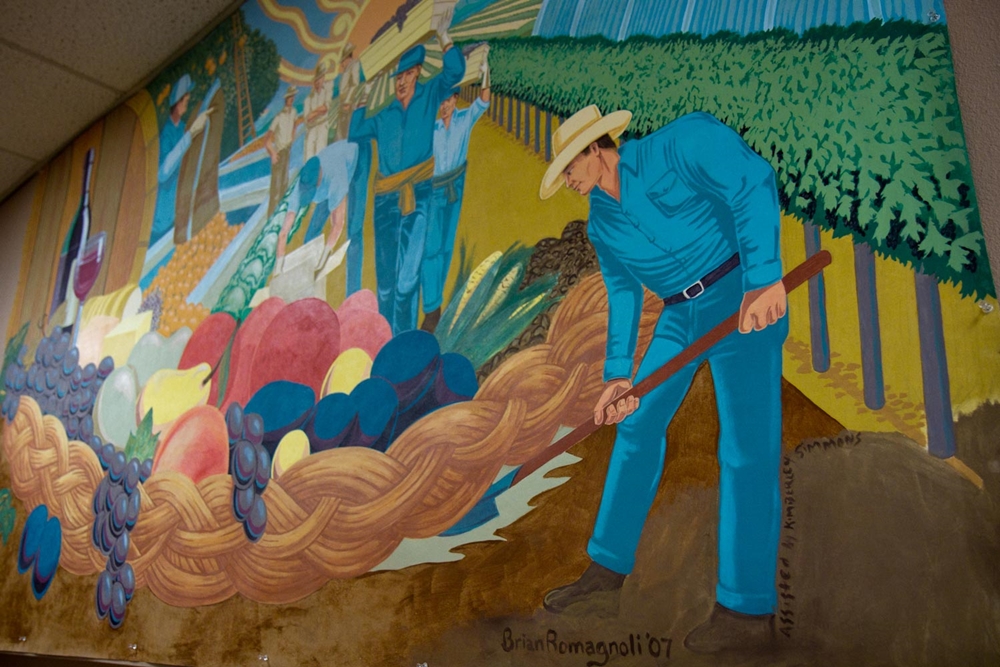 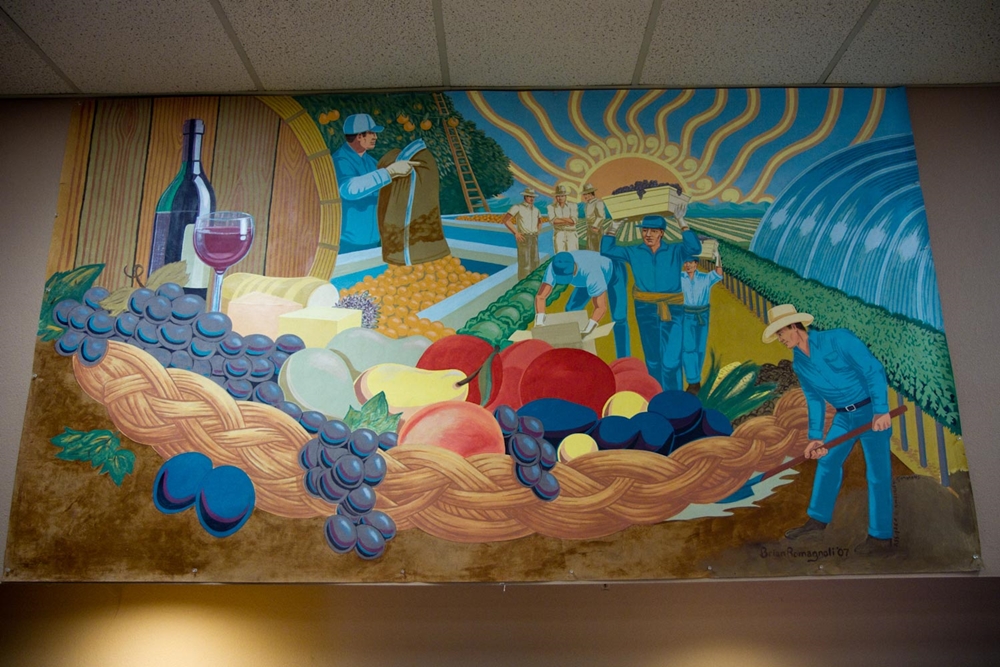