“History of Agriculture in Manteca” by Guillermo Kelly shows historical and agricultural elements of Manteca intertwining in an Escher-like style. Joshua Cowell, our founder is shown in the middle and is surrounded by a Benjamin Holt tractor, a windmill, Moffat feed lots, fields being planted by hand and the city of Manteca as it began to grow. 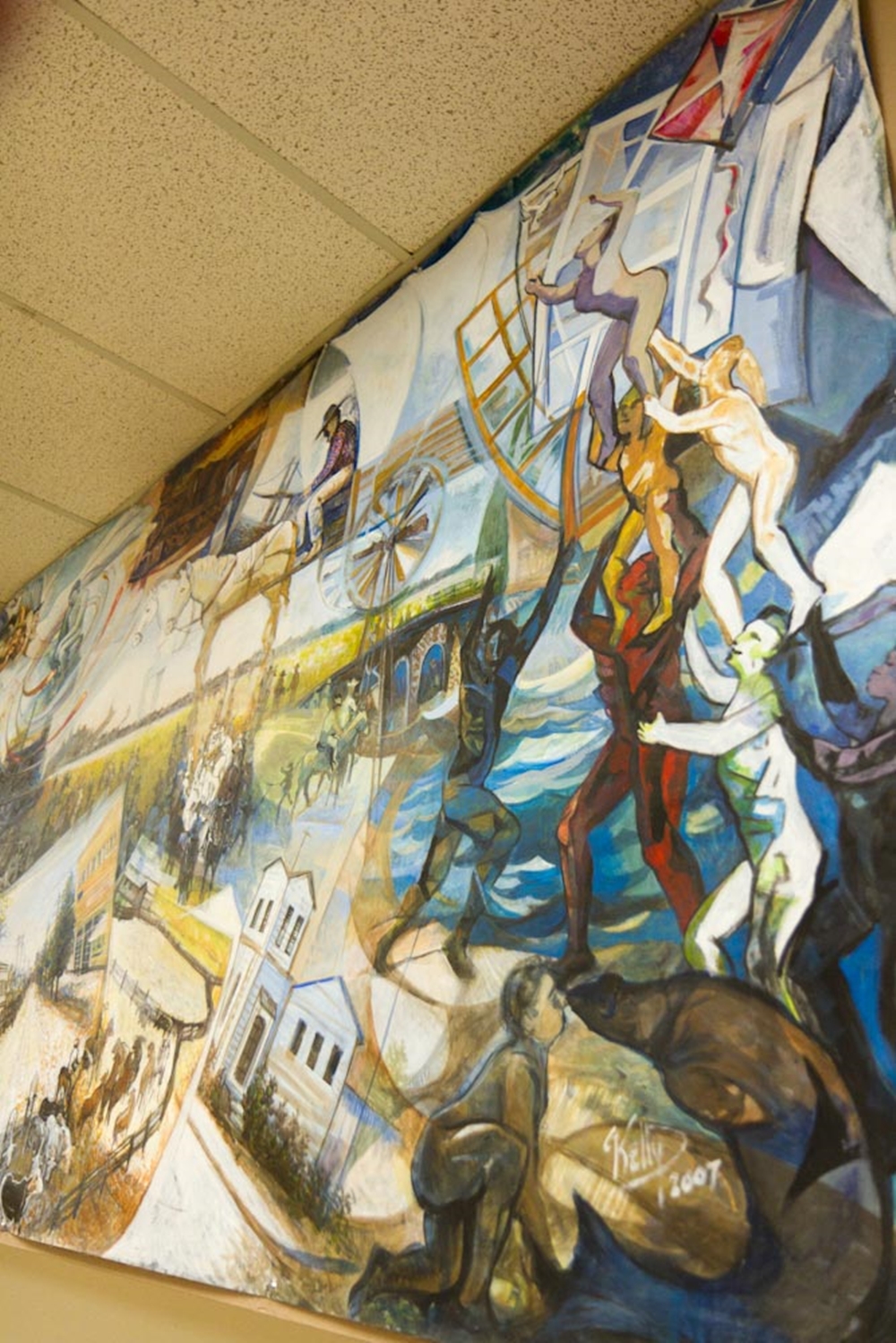 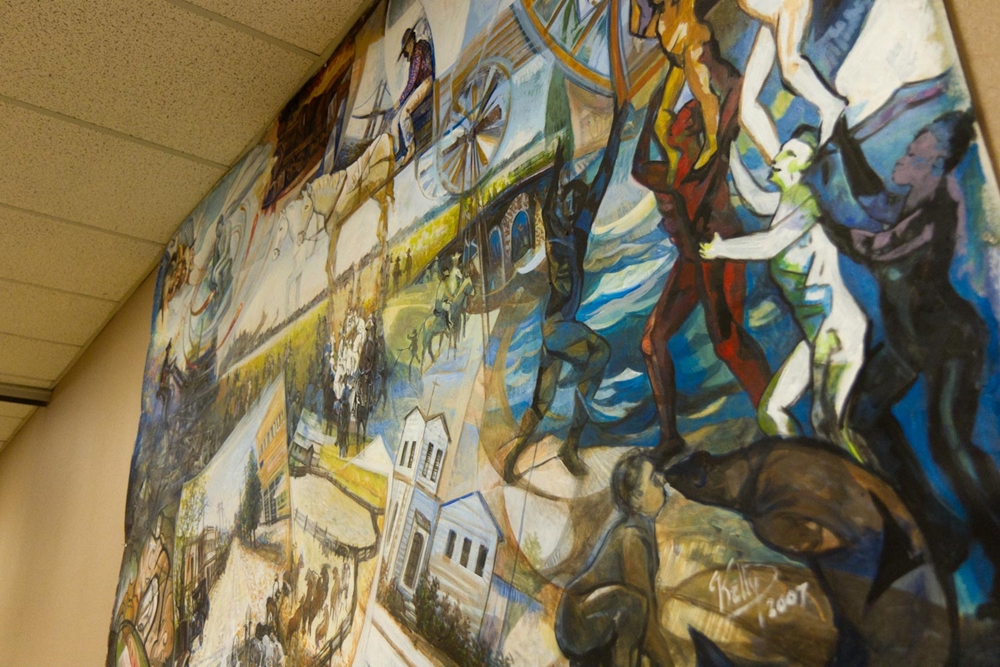 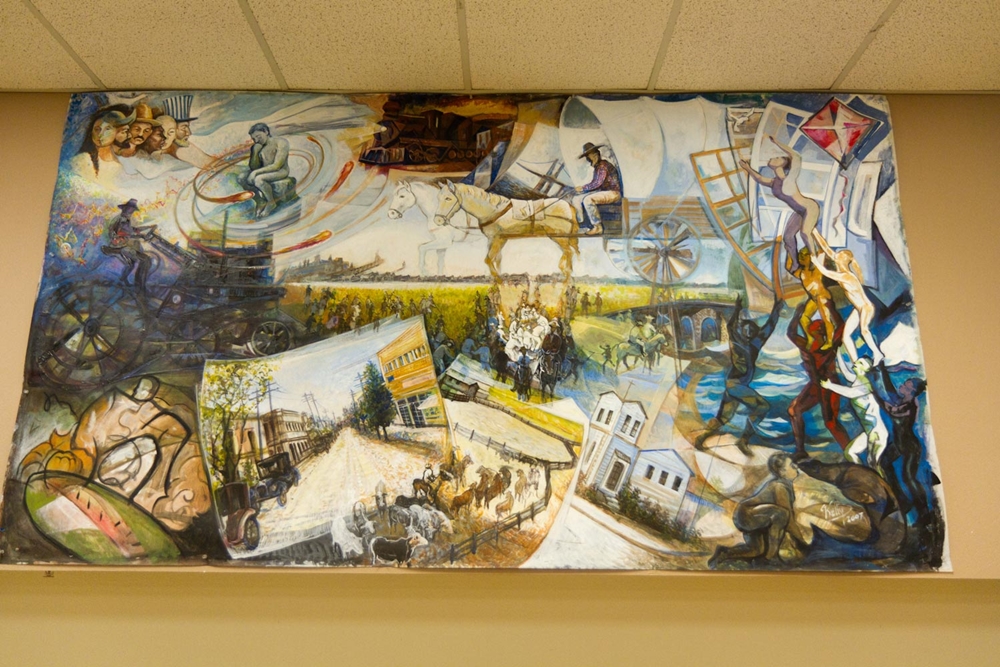 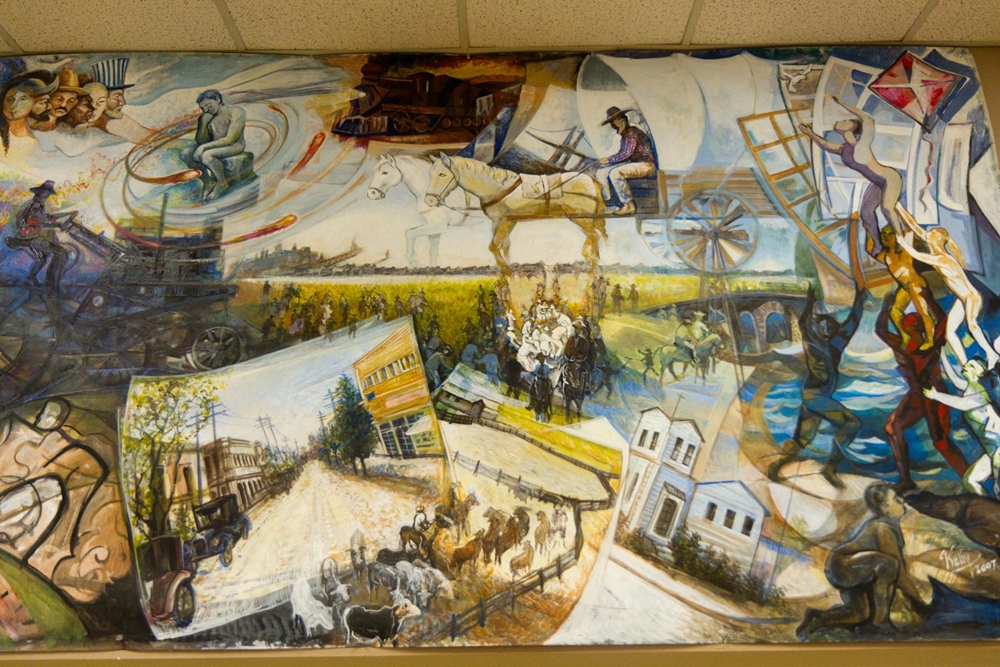