“Last At Bat” is a mural that commemorates the location that is today Library Park. During the depression, William R. Perry, Sr, with the help of his friend Benton Hooper made this land into a baseball diamond and for many years it was a local spot for entertainment and competition. The women’s team would play at 5pm and the men’s teams would follow at 7:30pm. This historical depiction shows a scene that would be typical for that time. The Women’s baseball team is finalizing their game as the men, who will play next, watch. All of the people in the stands were individually painted Ella Yates & Dave Gordon as part of a fundraiser for the Manteca Mural Society. Local people sent in photos & $25 to have their image, or that of a family member placed in the stands. In addition, there are images of local historical figures such as Milo Candini, a local boy that became a professional ballplayer & William R Perry, Sr mentioned above. This mural is 95’ x 7.5’ and was dedicated October 7, 2012. 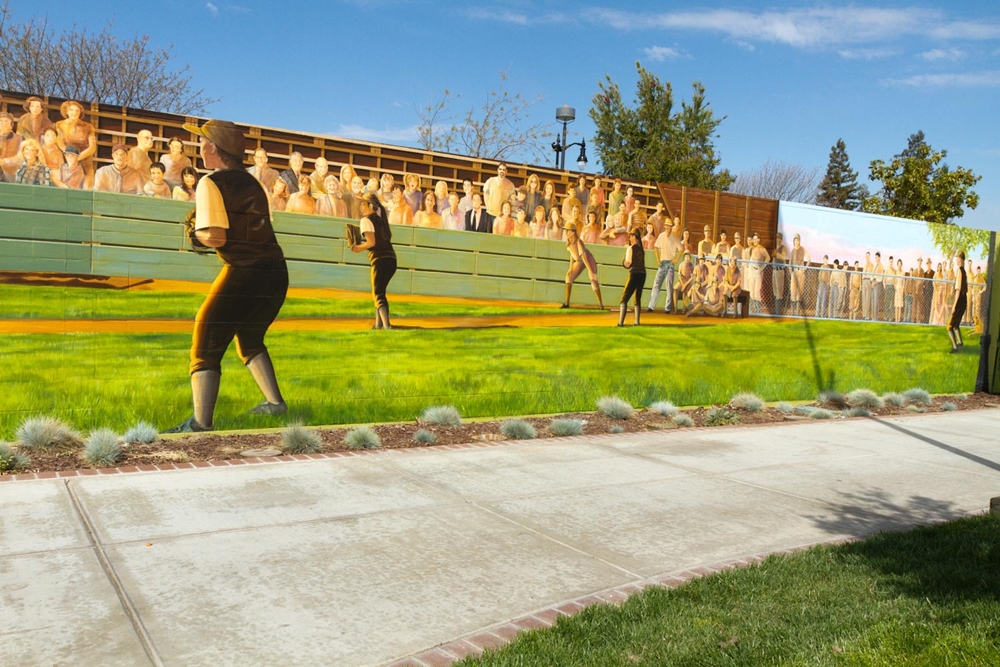 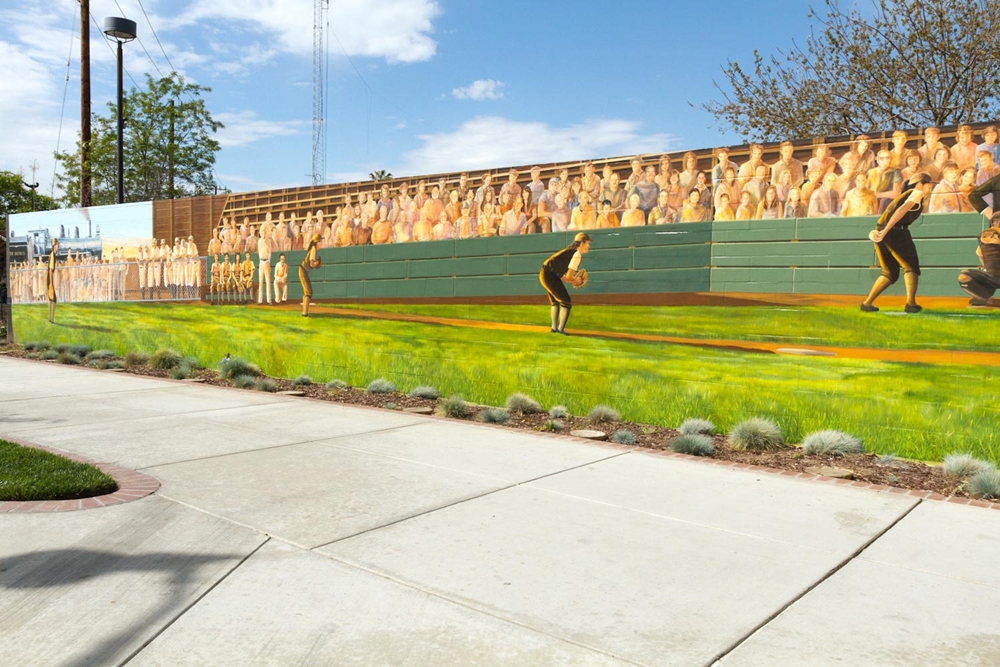 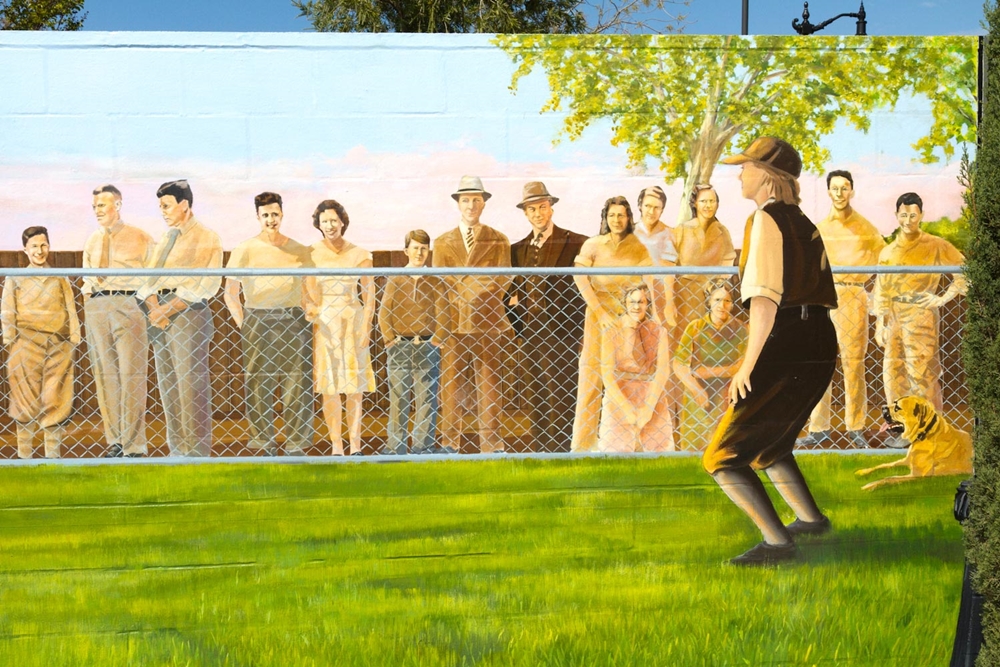 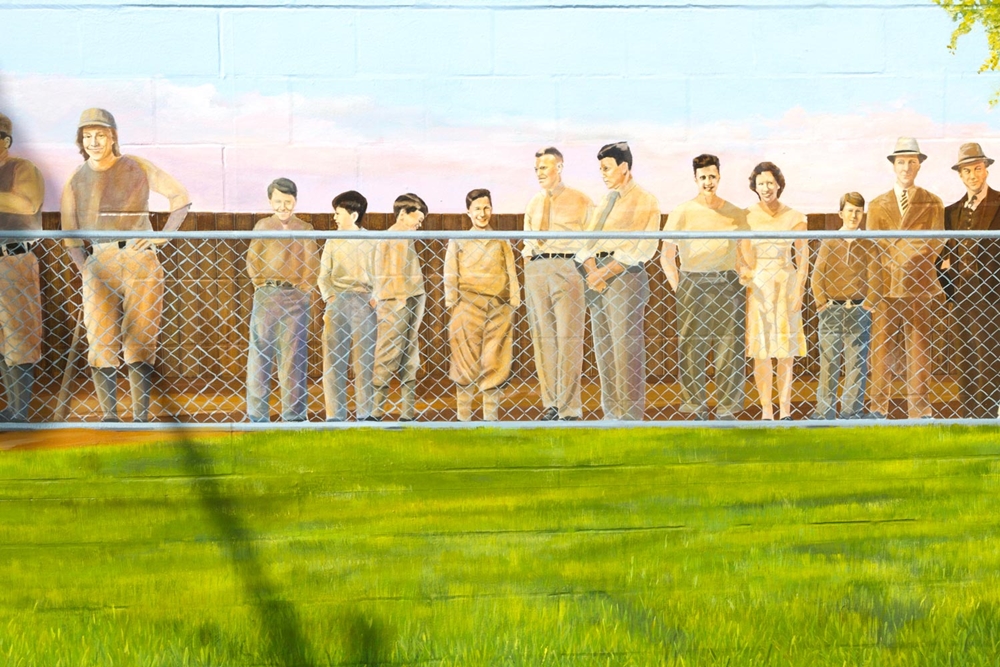 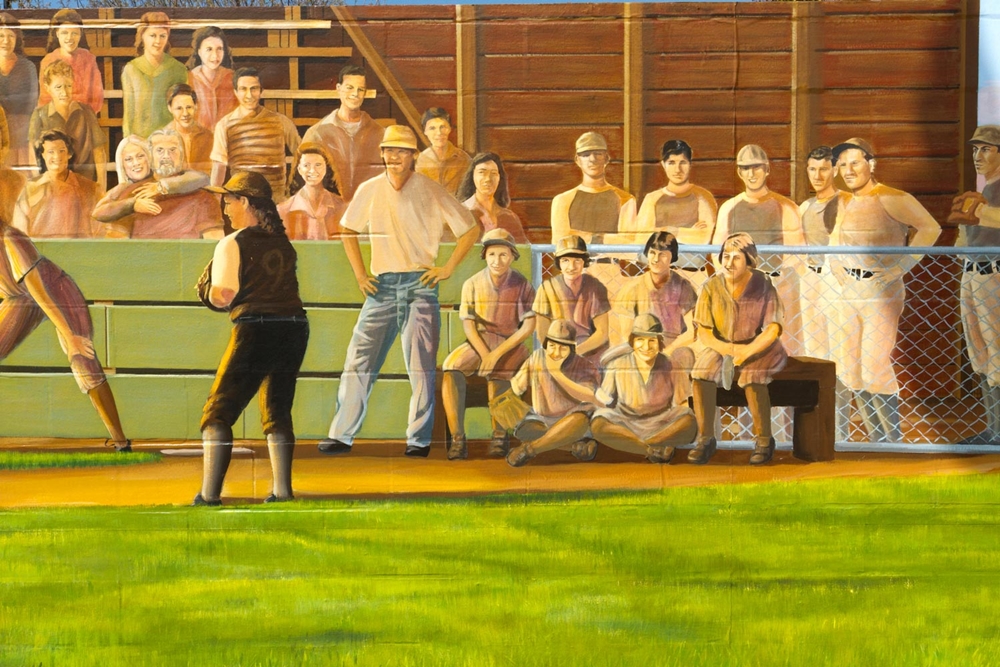 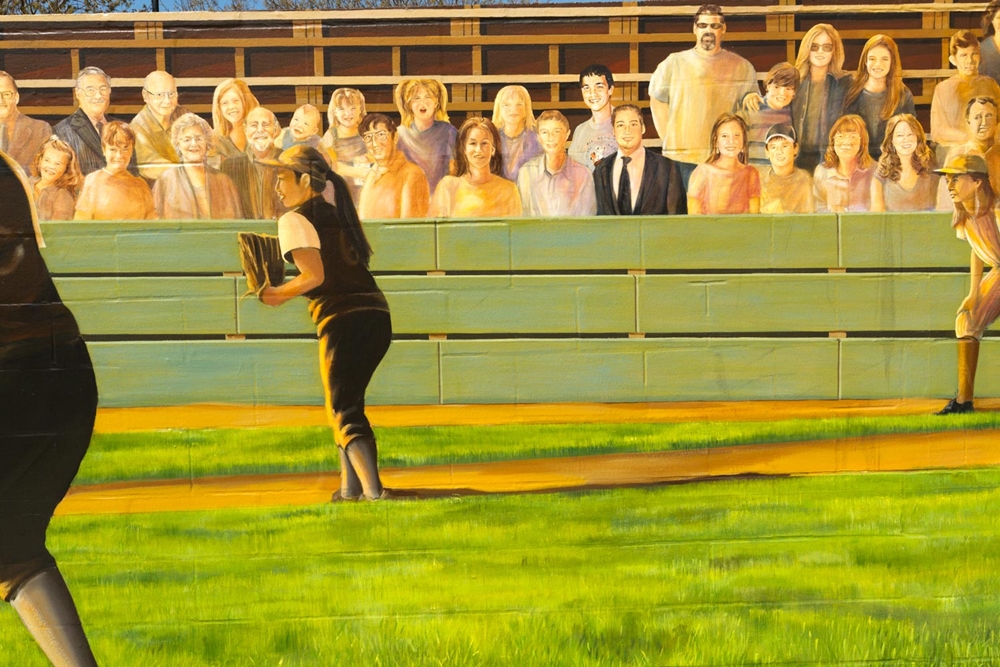 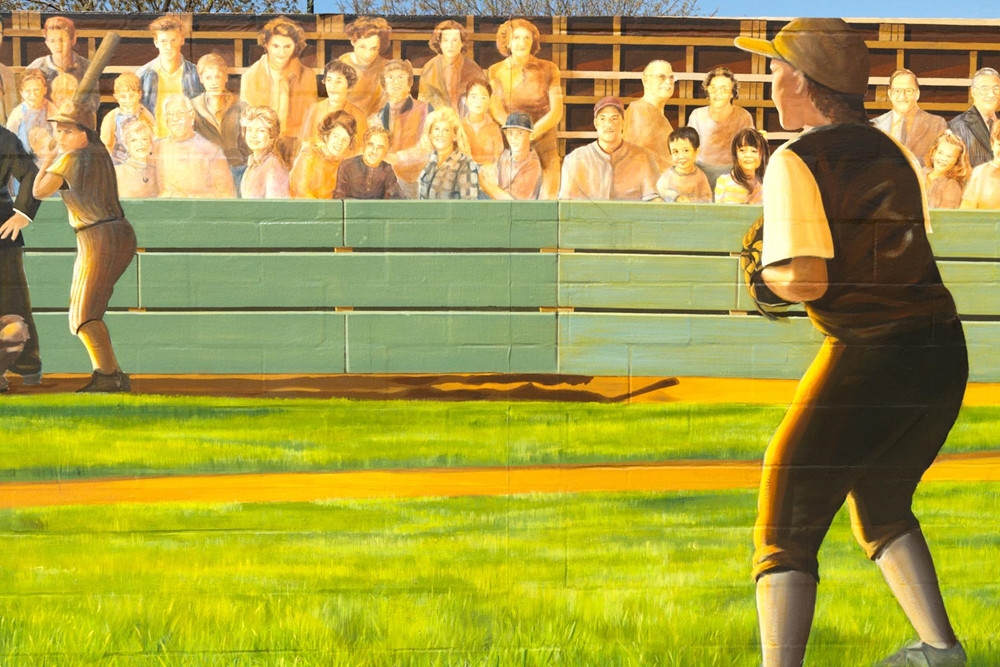 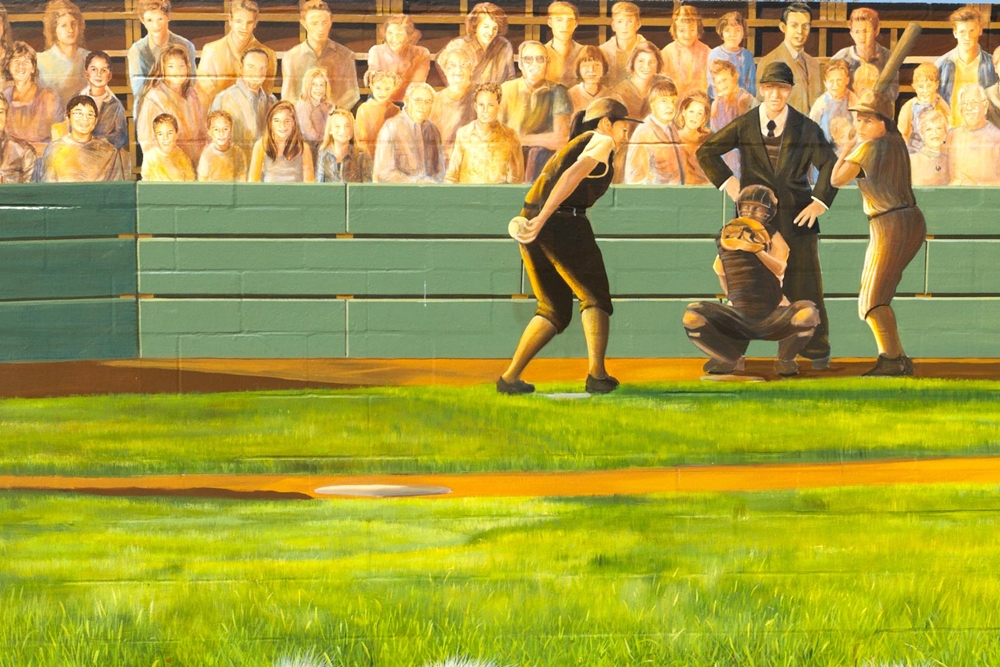 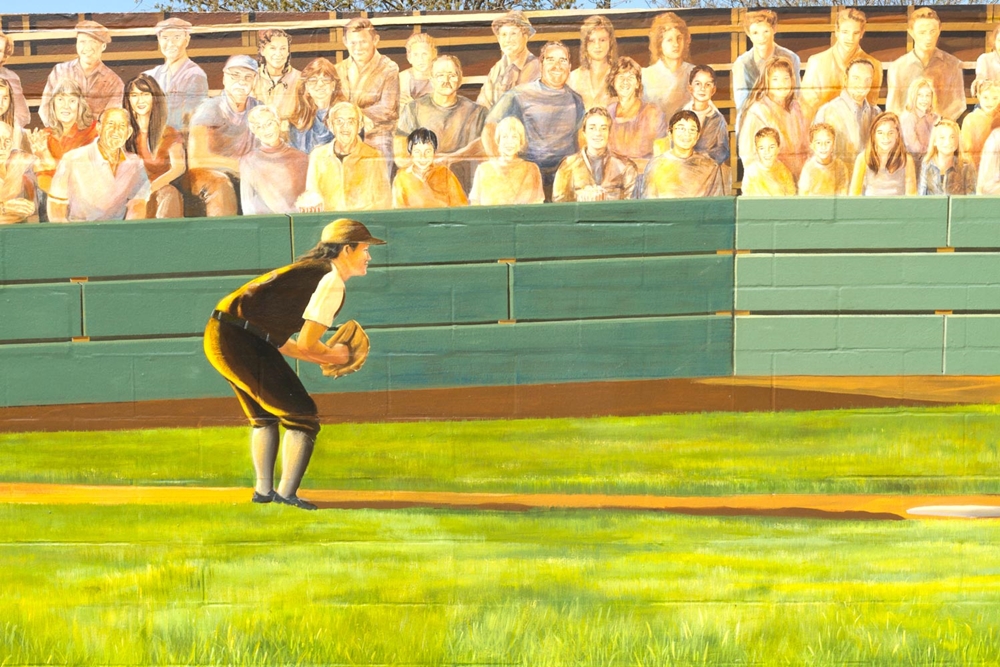 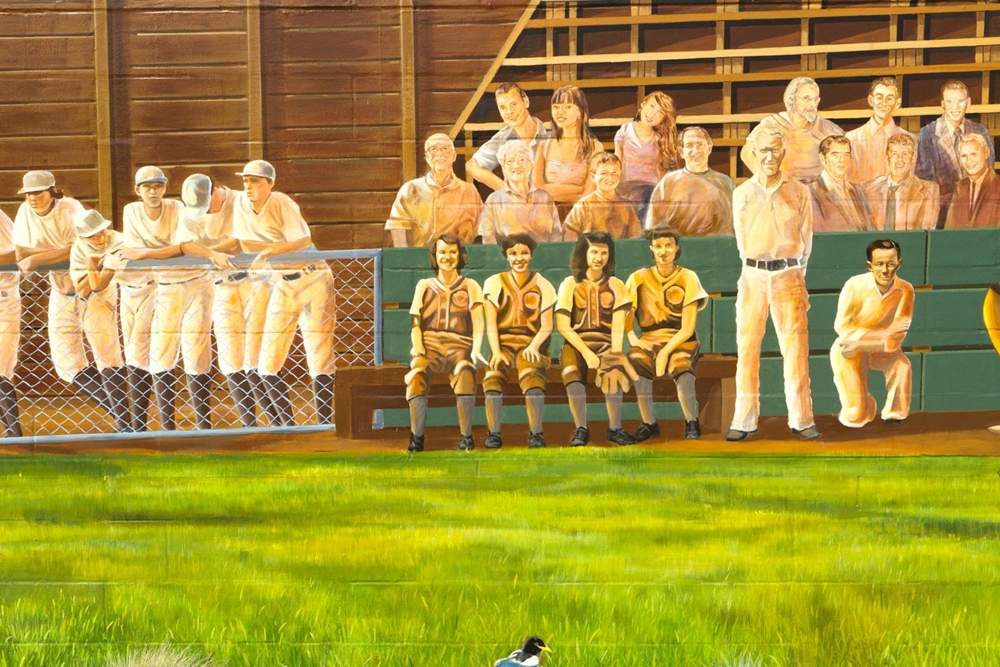 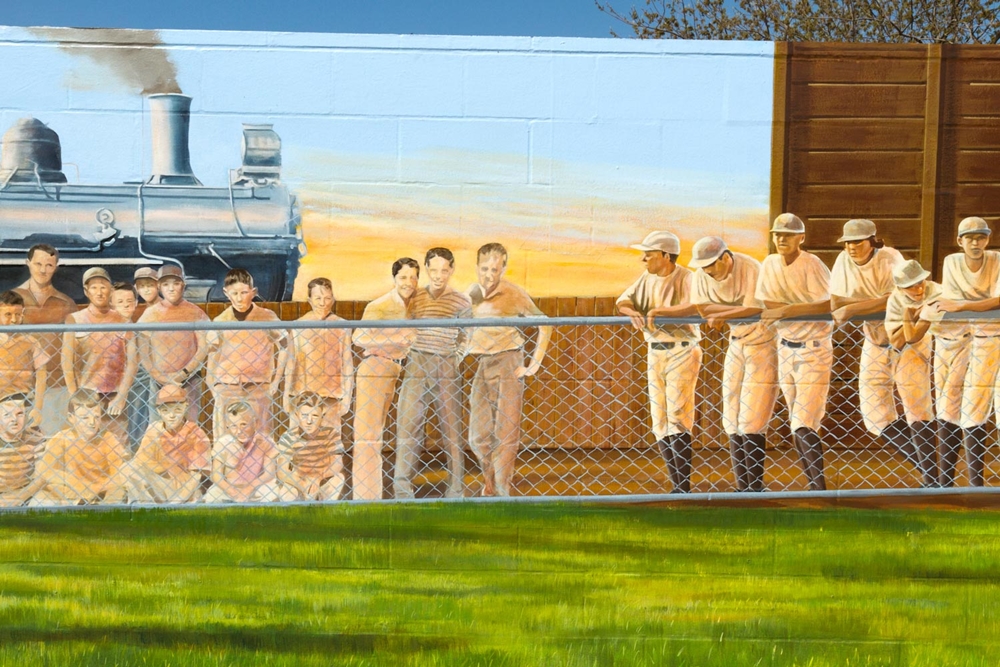 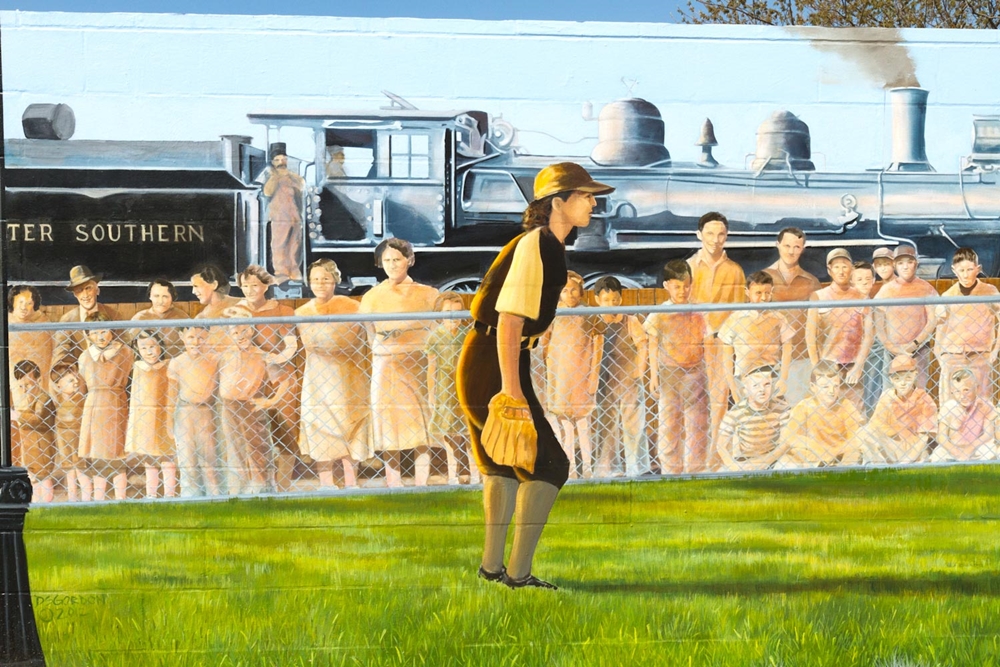 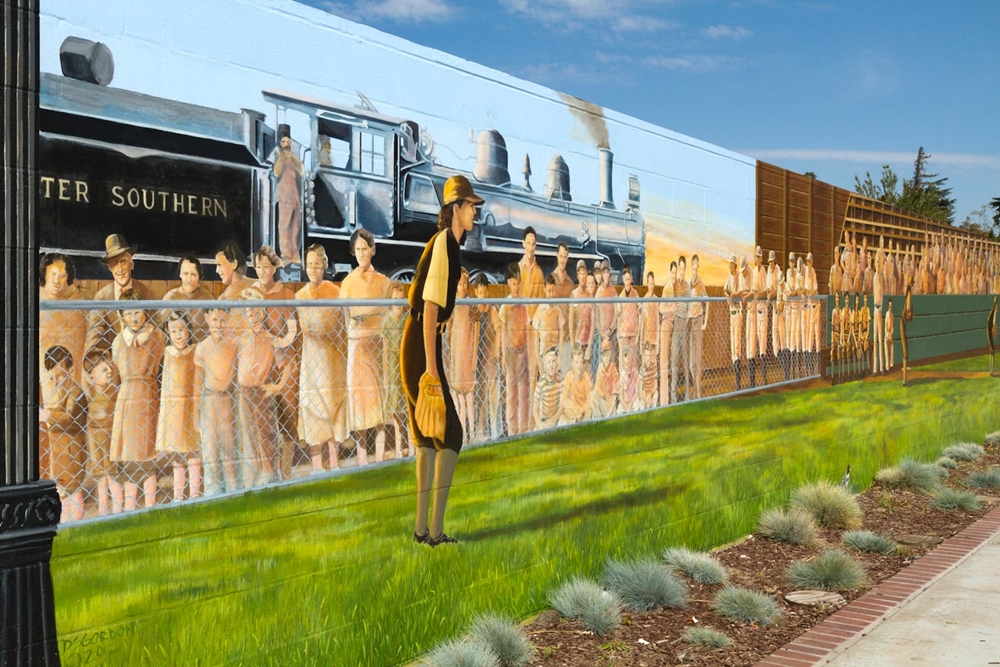 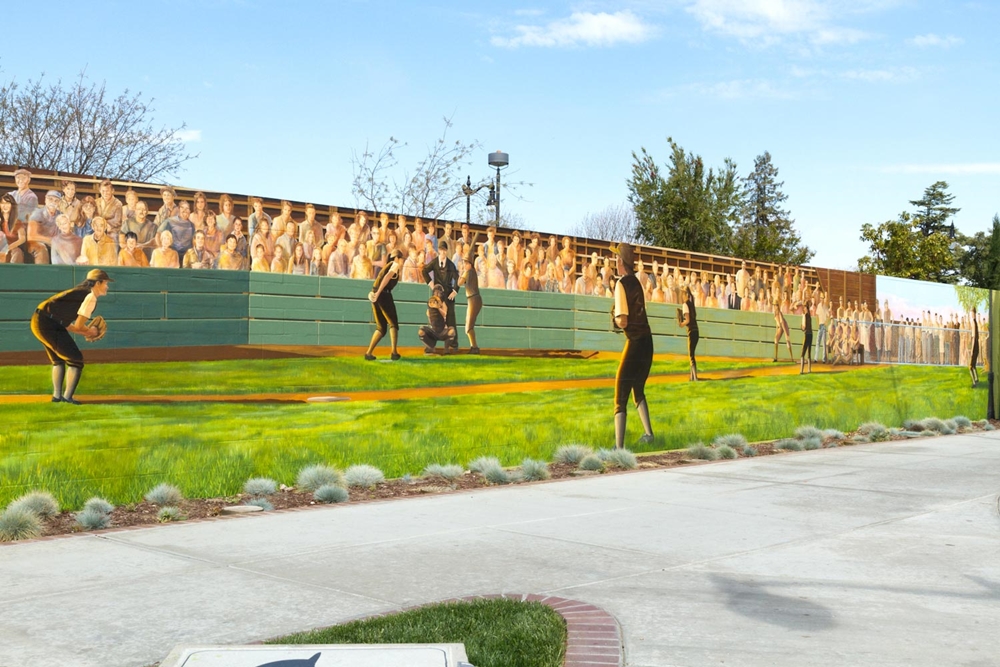 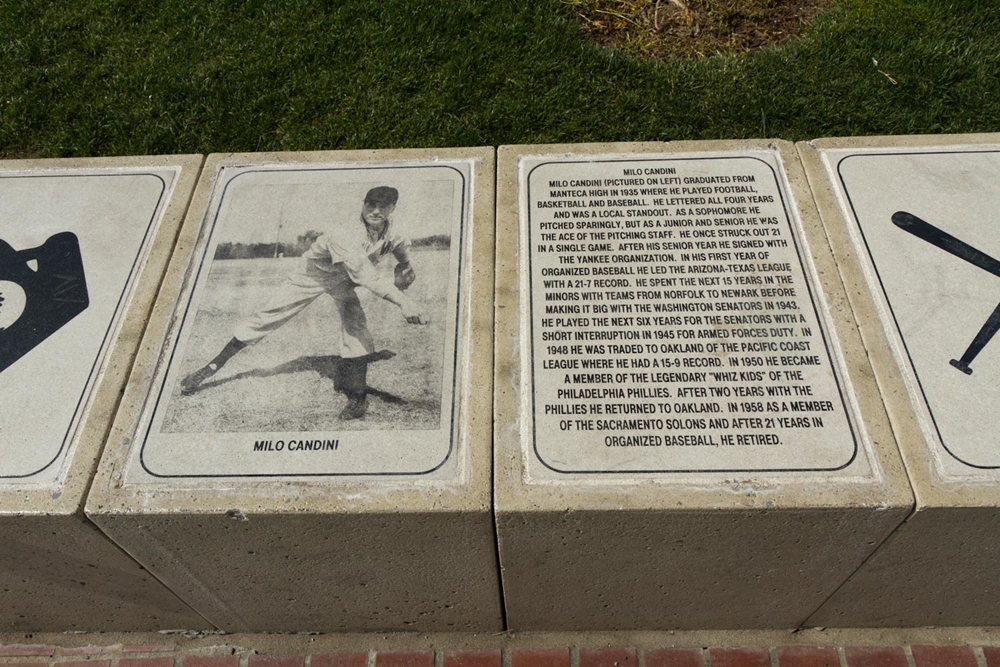 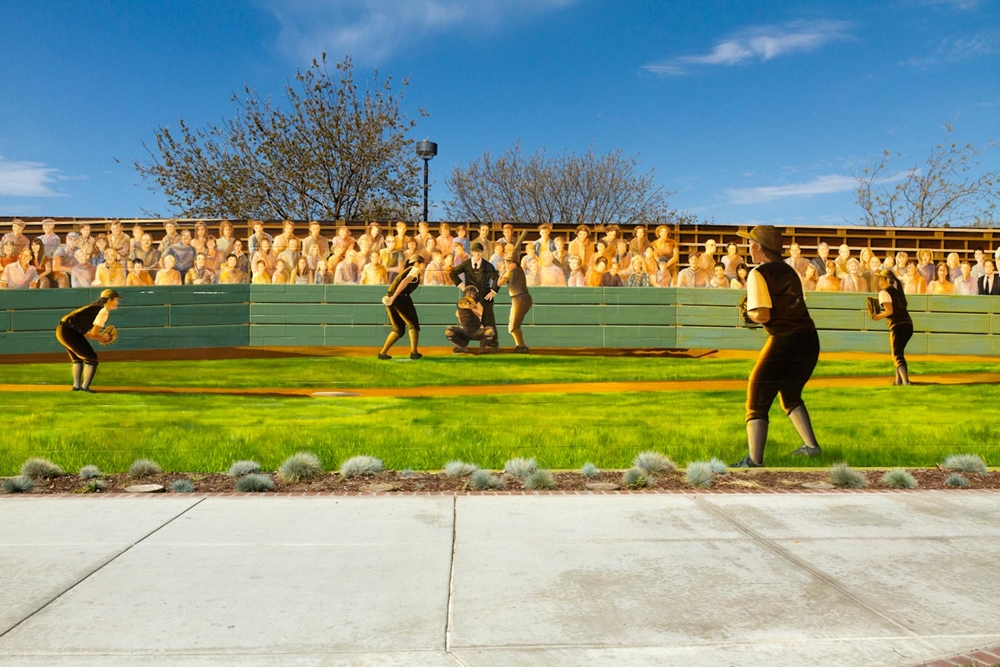 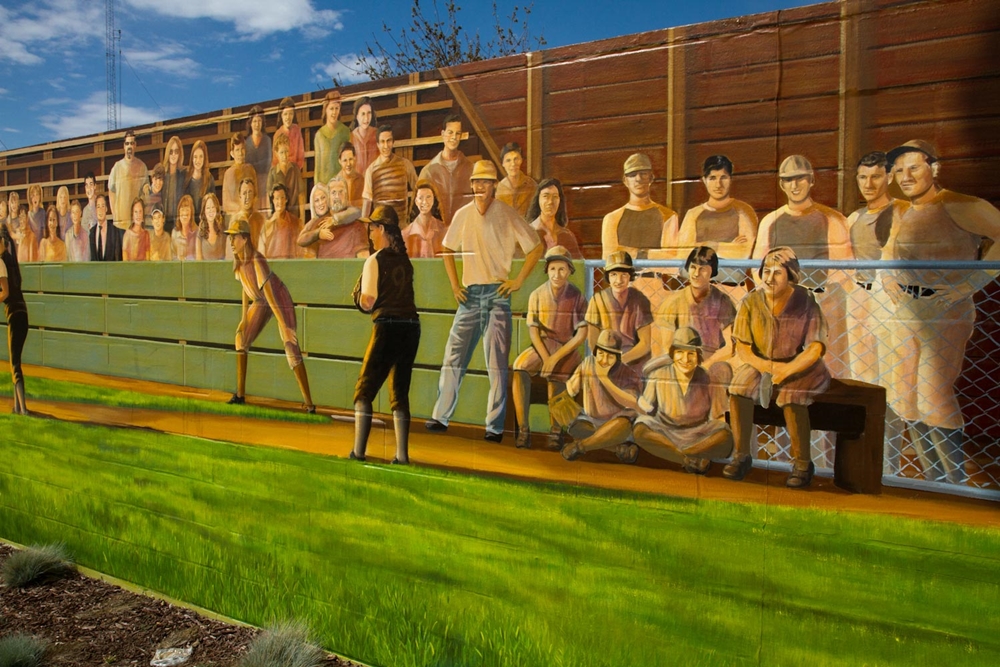 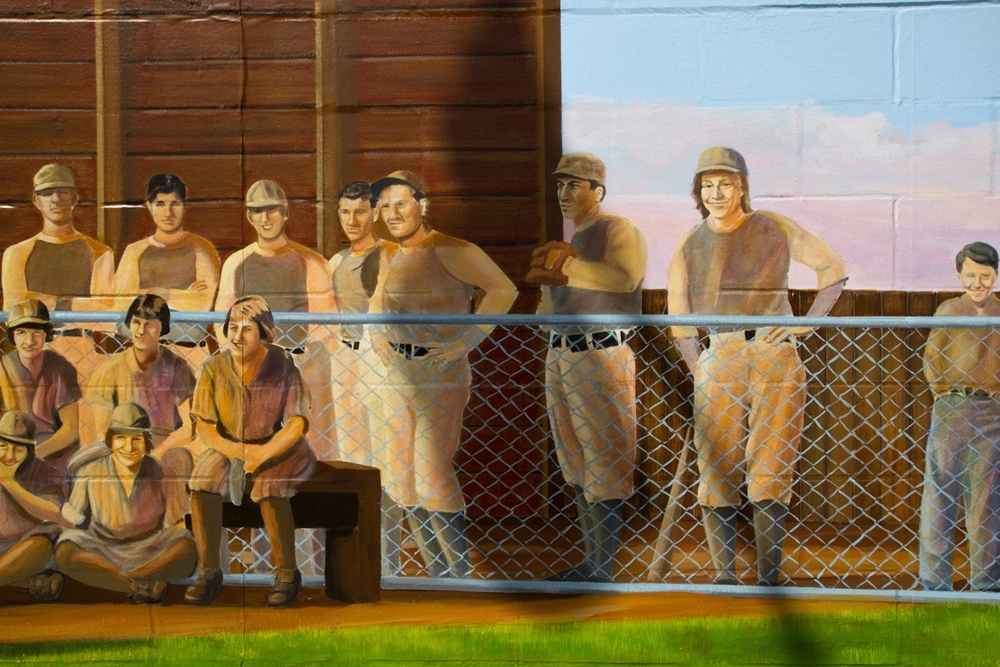 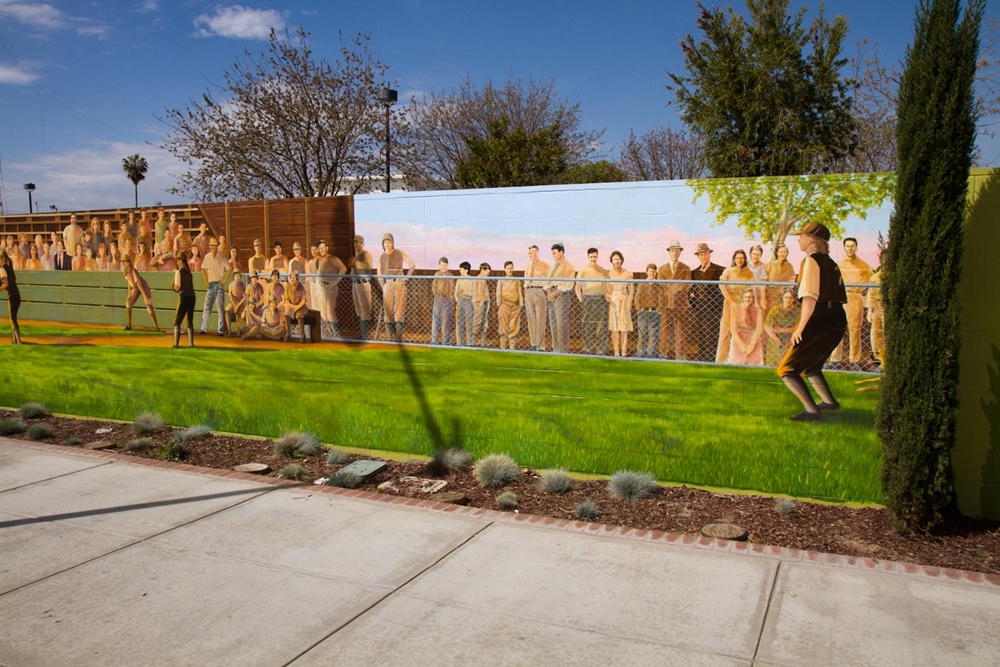 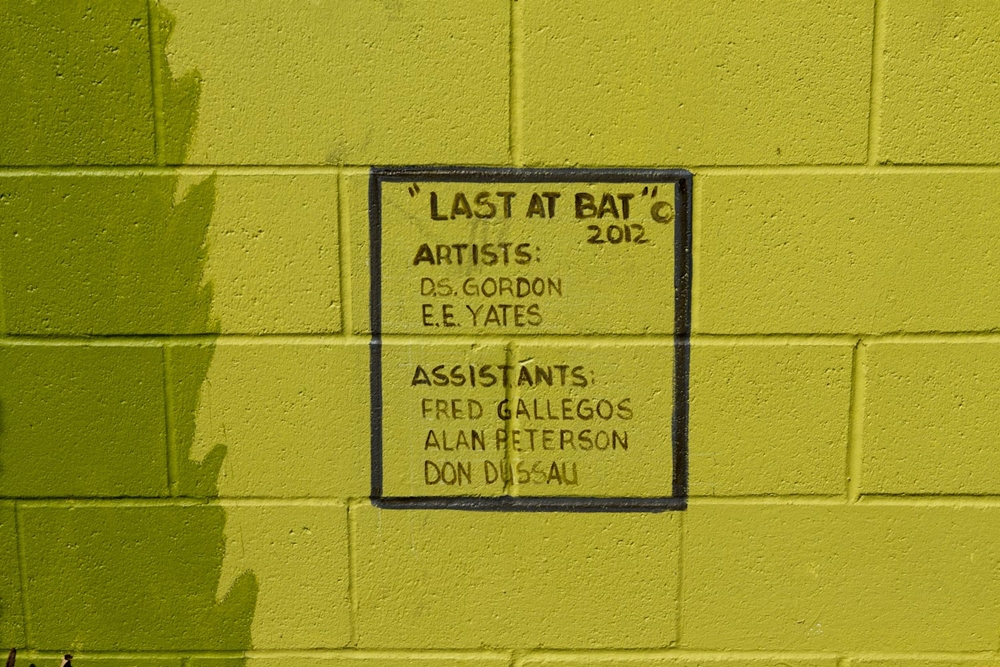