Second place went to Colleen Mitchell-Veyna of Tulare, California for her pastoral mural, “Rich with the Spoils of Nature.” A farmer stands and surveys his farm with his dog by his side. You can see the detail of the weave on his hat in the shadows thrown on his face. It is a lovely image that evokes not only the vision but the smells and sounds of the farm as well. Dairy is an important part of the agriculture in our area and this mural is definitely a local favorite. 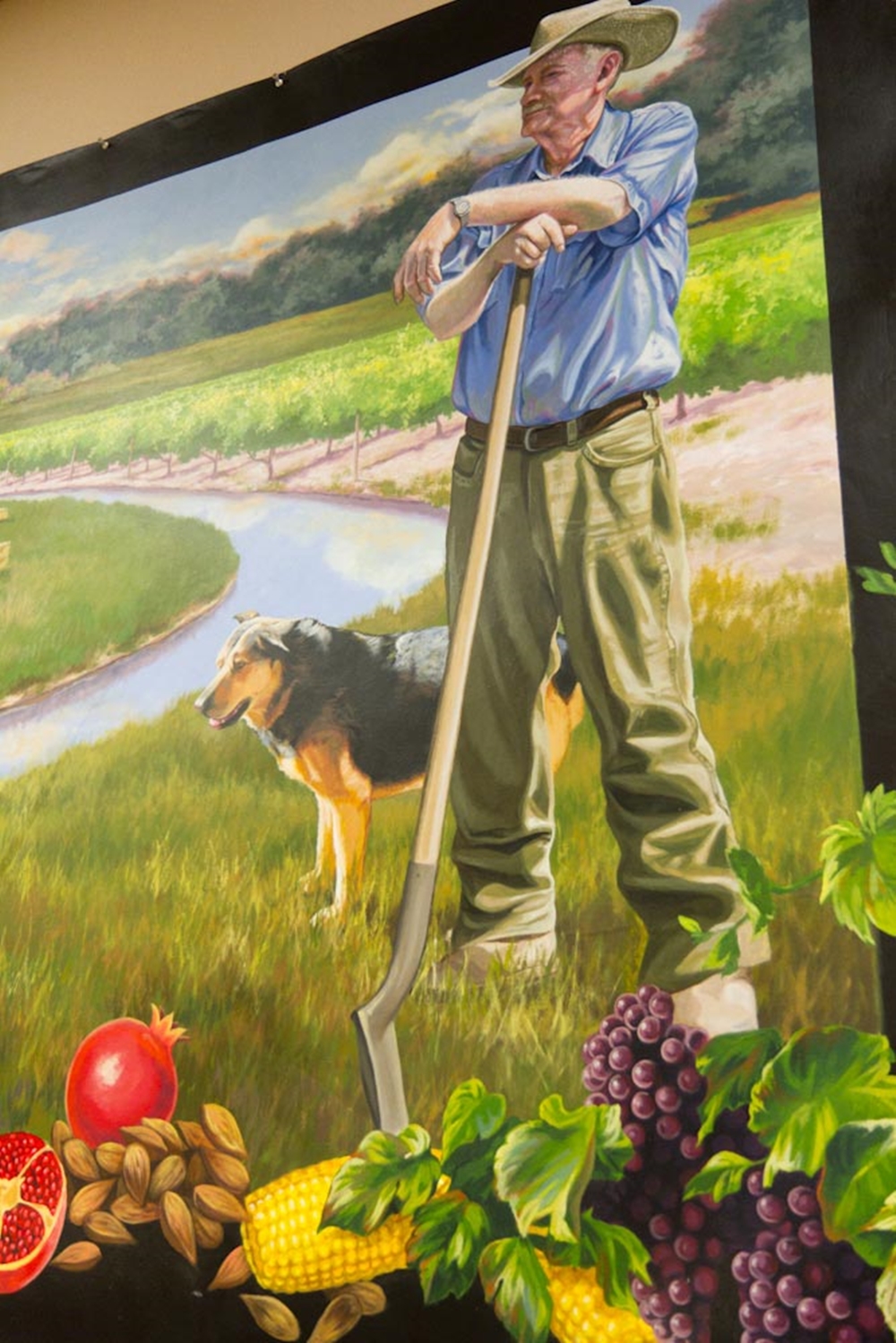