First place went to Jessie Marinas of Manteca for his mural, “The Harvest Continues.” It is an exceptionally detailed mural that shows the harvesting of grapes for the crush. He met with local grower, John Leandro at his property to research and design his mural. Although Jessie’s dog was not in the original design, Promise insisted on being included. Promise would sit faithfully by Jessie’s side as he painted through the night and it just seemed right that his vigil should be memorialized in the mural. Jessie uses a unique technique to finish his painting, he paints the detail lines using a nail dipped in paint. If you look at Promise you can see the individual paint lines that make up his fur. Jessie Marinas was born and educated in the Philippines. He came to Manteca in 2000 after a disability retirement from his job as an engineer for Kvberner in San Ramon due to spinal deterioration. 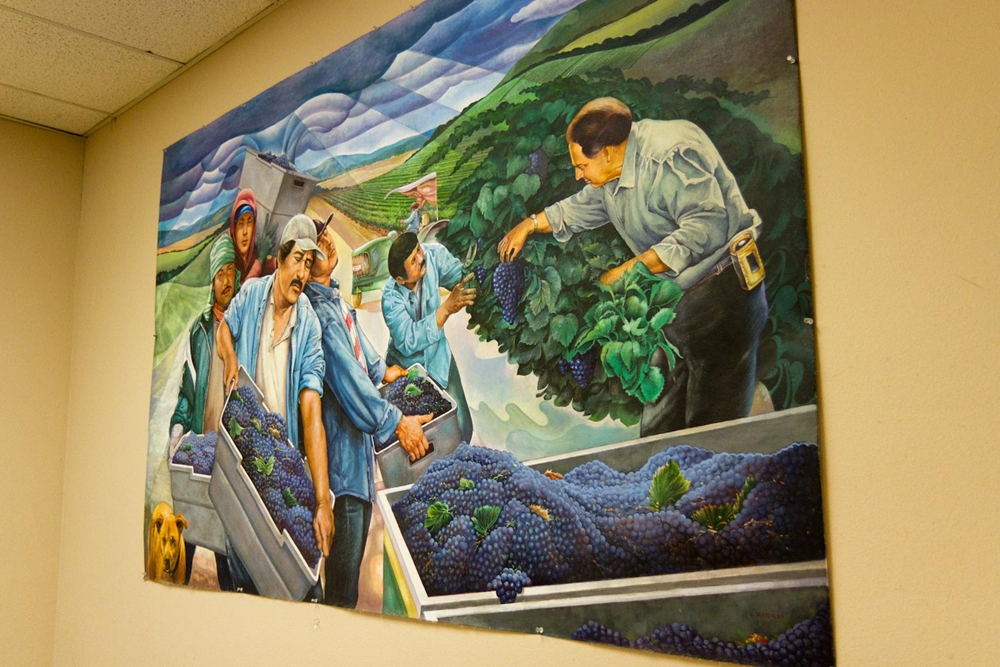 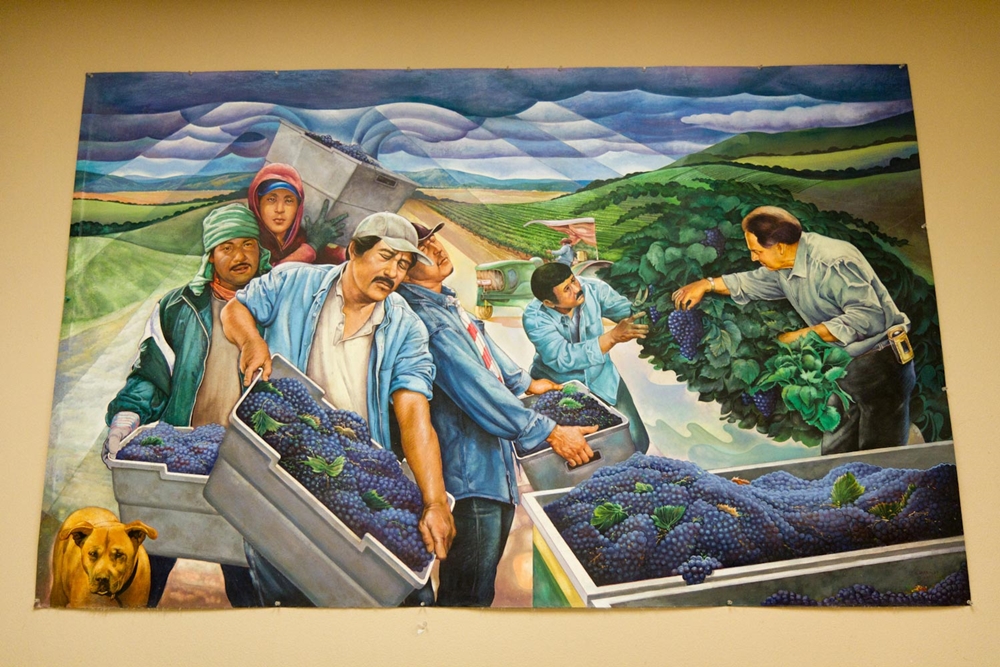 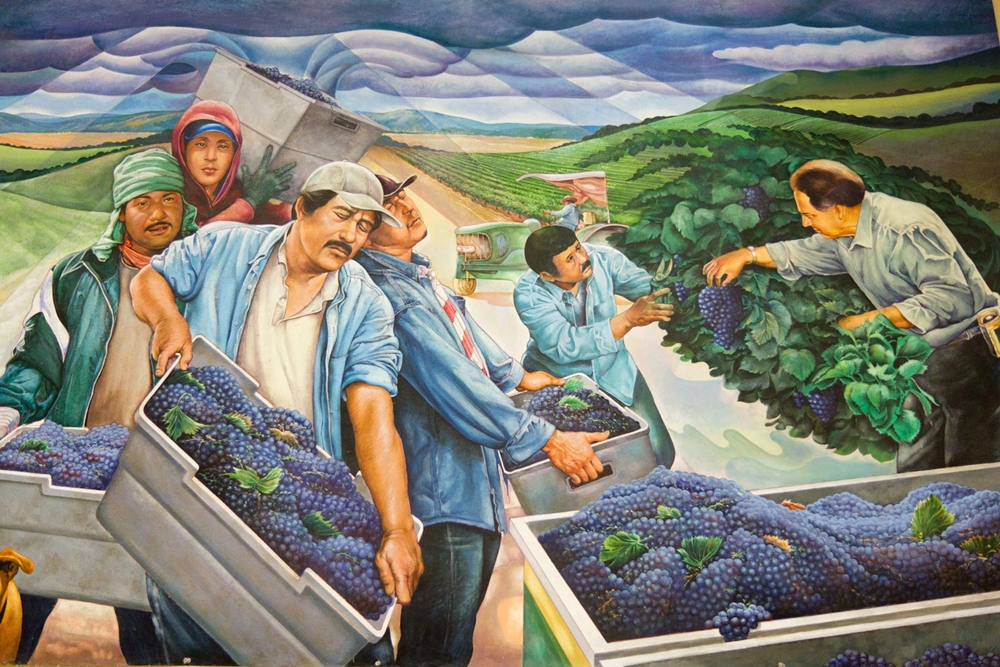